Asbestos is the collective term for a group of minerals naturally occurring in the form of bundles of fibers. Two groups of minerals – serpentinites and amphiboles are distinguished and referred to as “asbestos” in commercial usage that differ from each other by chemical composition, technological properties and the degree of adverse effects on human.

Initially, it is worth to note that there are a lot of types of asbestos fibers. Those that produce harmful effect on people’s health belong to the amphibole family, which includes amosite (brown asbestos), anthophyllite, crocidolite (blue asbestos), tremolite and actinilite. These forms of asbestos are characterized by shorter fibers and stiffer needles, whereas, chrysotile fibers have silky structure. Amphibole asbestos constitute the greatest threat to human health. Having acid resistance, amphibole asbestos is practically not excreted by the lungs and, as a result, poses harmful effect on the body. Extraction and usage of amphibole asbestos is currently banned worldwide.

It is the type of asbestos that was widely used in the West, alongwith technologies for spattering asbestos on metal structures of buildings for insulation purposes, so it is no coincidence that anti-asbestos campaign came into being in these countries. In the CIS countries, on the contrary, this type of asbestos and its technology had not been used.

Chrysotile asbestos, on the other hand, is quickly decomposed under even weak acids of tissue fluids and, thus, is excreted from the body right away. According to the latest studies carried out by three leading toxicology laboratories in Switzerland, Germany and the USA, it has been proven that chrysotile is the safest fiber among similar minerals and artificial substitutes (cellulose, aramid fiber and ceramic fiber), since it is eliminated by the body faster than all other fibers. For example, half-life of chrysotile fiber breakage accounts for 15 days, amphibole – 466 days, cellulose – 1000 days. For more information of fiber’s effect on the body, see the section Chrysotile biopersistence.

Few people are aware of the fact that chrysotile is a naturally occurring substance found in nearly two-thirds of the earth’s crust. Depending on the region and regardless of any human or industrial activity, each individual inhales 10,000 to 15,000 asbestos fibers daily and drinks water containing 200,000 to 2,000,000 fibers per liter, without posing any threat to the body. Thus, chrysotile fibers shall be considered as a natural accompanying substance of a human being throughout his life, and the body has adapted to coexist with it. 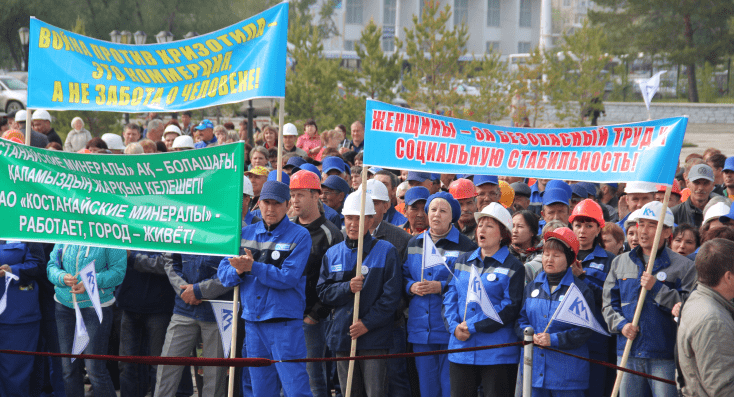 By the beginning of the 20th century and up to the 70s, all types of asbestos, without any exception, were widely used to manufacture various products and to develop technologies for heat and fire safety of buildings, ships, and electrical power stations.

Poor working conditions, lagging technologies that eliminated a high level of dust content, negligence to supply the workers with protective means, insufficiently known aspects of influence on various types of asbestos on human body led to the spread of diseases in production facilities.

Under pressure of environmental movements, trade unions, government agencies, environmental organizations and scientists drew attention to the asbestos problem. Since then, numerous scientific researches have been conducted with several key findings:

Therefore, chrysotile is currently considered the only type of asbestos used in the world market. This mineral was well studied; such influential organizations as WHO and ILO made their conclusions on the issue. Taking into account the mistakes of the past, manufacturers have adopted a policy of controlled responsible use of chrysotile aimed at reducing the risk of negative impact on human health, especially as related to the workers employed in production processes.

However, opponents of asbestos company, conducting a propaganda company, do not make any distinctions between different types of asbestos, although it is a well- known fact that the main cause of diseases is precisely amphibole groups of asbestos.

Manufacturers’ competition of alternative materials is the main reason for conducting anti-asbestos company, which has arisen and actively being carried out in the countries that do not have their own asbestos deposits, but possess powerful chemical and metallurgical industry producing substitutes. The anti-asbestos company uses huge financial resources of transnational concerns.

Opponents of asbestos company deliberately mislead the countries’ public opinion concerning the negative impact of asbestos, without distinguishing between its various types. Although it is known that asbestos is a collective trade name for a whole group of minerals that have similar properties, but completely different chemical composition and degree of impact on human body.

Chrysotile is turned to be the victim of a trade war for markets, which has been initiated by influential multinational corporations. This war is characterized by carrying out of disinformation company aimed at creating and sustaining panic environment that is all more baseless as the methods and practices attacked have ceased to be used more than 25 years ago. At the same time, hazard issues posed by substitute fibers, which manufacturers substantiate as “environmentally friendly and safe”, have been considered as particularly urgent. Having a similar structure to asbestos, these fibers appeared to be unsafe as well, in addition, their impact on human body has been poorly studied.